Take a moment, clear your mind and imagine:

Your backstage… Surrounded by mountains of hair extensions, cans of hairspray, countless amount of lashes, enough powder that resembles a dusting of snow had fallen the night before, and let’s not forget …gallons of butt glue. What really goes on during a pageant? Who are these girls? & why do they go to bed dreaming of a crown and bouquet of flowers? Now let’s not be anti-feminist and judge, I mean after all some people may think it’s silly my dreams consist of makeup brushes and the perfect concealer pallet. But that doesn’t make anyone else’s dreams less real!

This was the first pageant that I was Key Artist for. I spent the week confirming other artists who would be doing touch ups, and discussing the event on conference calls. I was really happy I got my hair girls ( Alyse Camara, Chelsea Harris, Kyra Tarquinio & Lindsay Baxter) to participate also, along with my mua friend Jillian Vandenburg. I loved working with my fabulous team to make the VIPs and title holders look their absolute best. Setting up in the VIP room, I wasn’t sure what to expect. I’ve worked on films and commercials where actresses think they are DIVA’s and the best thing since sliced bread. But this past weekend, that wasn’t the case. These girls were no drama queens, but simply beauty queens. Their beautiful looks are a perfect reflection of who they are; gorgeous, optimistic, intelligent and outgoing. 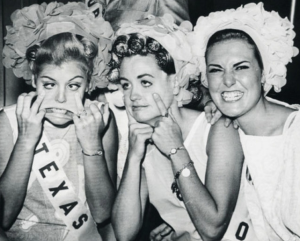 My first task was filming a tutorial along side of beautiful Keylee Sanders who is the owner and creator of Style Studio. I demonstrated on Sabrina Mastrangelo (Miss New York Teen USA 2012) focusing on highlighting and contouring (which is so important!). I then made my way back to the VIP room to continue Sabrina’s makeup along with the other title holders. These girls were absolutely gorgeous, with amazing personalities to match! Where are the TV camera’s when you need them? After bonding with these ladies, I’d much rather watch the real stories on pageant girls in a pageant world than drunk, teenage drama on MTV’s Buckwild. These title holders were talented, smart and definitely make a difference in our communities! They do so much charity work and have such high spirits. It’s also nice to see girls support each other! We need more of that!

Photos: Me & Sabrina, I gave her a glam look without over doing it. Her hair by Alyse Camara 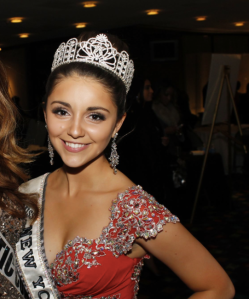 Pageant makeup is such an important part of a winning image. Being a professional artist you MUST know which products will create the right effect on stage, which makeup will photograph beautifully, and which makeup will look perfect and flawless on television. (Especially with high definition these days!) You need to know skin tones, shadows, correcting colors, and shapes.

-MOISTURIZE &PRIME! All about primer. This will help your make up stay long wearing, smooth your skin and help set your shadows.

Good products are important but technique is— QUEEN! For interview, you want to have a flawless look, being conservative, pretty and age appropriate. For stage, you want to really contour and highlight, defining the contestants features. BLEND, BLEND, BLEND! Looking close in a mirror you might think your wearing too much makeup, but remember, your on stage, the lights are hitting you and your far from everyone. They can see the shape of your makeup but not every detail. I always put lashes on for a stage look! You also want to avoid any shine at all! No shine.

You don’t want to create the same look for every girl. Each person has their own different, beautiful features. Focus on enhancing their natural beauty. Different foundations are used based on the girl’s skin type. KNOW YOUR PRODUCTS! A lot of HD makeup was used. When it comes to eyes focus on which tones will bring out the eyes. When doing pageant makeup, you want to create Glamour -not drag. Remember long-wearing products are key. I also used high pigmented colors, not sheer colors. High pigmented colors will also be best against harsh camera flashes and intense stage lighting. Also want to say thank you to RAIN cosmetics for sponsoring and giving us some great colors to work with!

Photos: (1) I gave Ryanne Harms (Miss New Hampshire 2012) a nice smokey eye, smoothing out her skin tone and adding the perfect amount of blush to create a dramatic yet elegant look (2) Kelsea Campbell (Miss New Hampshire Teen 2013) Chelsea Harris did her hair giving her bounce and volume, as I used shades that brought out her beautiful eye color 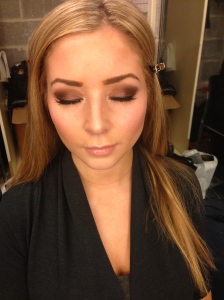 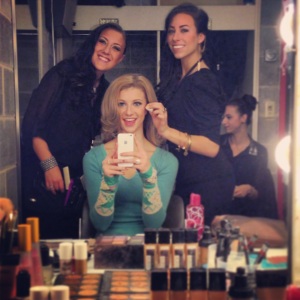 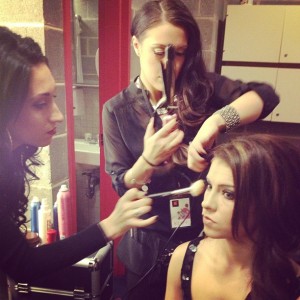 I also had the pleasure of applying makeup as my friend Alyse Camara styled hair for host Julissa Bermudez both nights. You will definitely recognize her from her show Empire Girls on Style network.. Or maybe you’ve seen her co host on BET’s 106 & park.. She’s hosted the MTV after hours and Jersey Shore reunions. She’s a fabulous actress, host and tv personality. This girl had such great, powerful energy. When I did her makeup for the second day of the pageant, she told me she admired the way I contoured her, as she showed me a photo of her on instagram from the night before. I could see why she was so wonderful, after talking to her mother who was also so down to earth and sweet as pie! 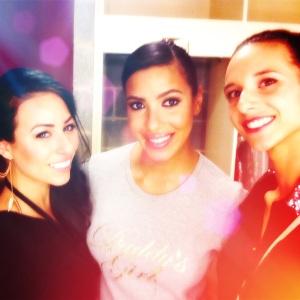 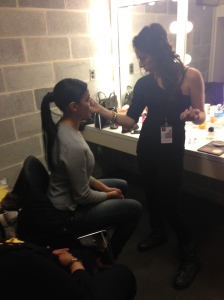 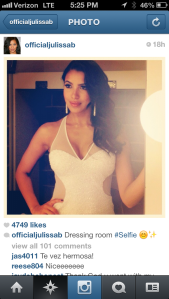 ^Above is the photo Julissa showed me, that she took of herself after I applied her makeup giving her the perfect contoured nose!

I then applied makeup for host, Susie Castillo. Susie is a former beauty queen herself! She who held the Miss USA title and Miss Universe also hosted tv shows such as MTV’s TRL and appeared on multiple television shows. Me and Susie clicked as soon as we discovered our mutual love for a healthy life style. I became so excited as we discussed juicing, and healthy regimens. We exchanged numbers of course and I plan to have a healthy lunch date with her when I visit LA.

Beauty queens are just more than being beautiful. It’s about beauty and brains. These girls are an asset to our communities! I must say I definitely have a new found love for pageants and their queens after last weekend. I want to congratulate 2013’s Miss New York Joanne Nosuchinsky & Miss New York Teen Nikki Orlando. Excited for these ladies to represent New York! Hope to do more makeup for Miss New York again! 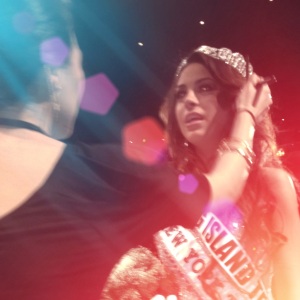 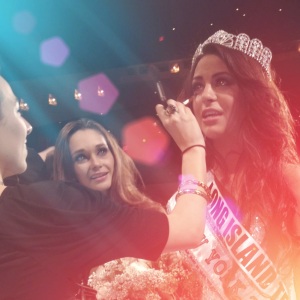 ^ Letter of recommendation & the VIP hair & makeup room.. Can you guess what movie it’s from? BLACK SWAN!

Also Congrats to Heather Elwell first runner up in the Miss Maine USA pageant this past weekend. (Even though I think she should be in the next Victoria Secret Catalogue)  & Thanks to Nancy Schuster for being awesome! Can’t wait to see all the professional photos from Tess Johnson !

I also got to be the makeup artist for Music Choice last week. Music Choice is a company that programs music and produces music-related content for digital cable TV & mobile phones. If you have an iPhone, download their App., allowing you to access all 46 music channels and related music videos while on the go. While I was there we filmed a commercial for Valentines Day. Eh, more like an Anti-Valentine’s Day commercial. I can’t wait to see the finished product, the commercial was too funny! What wasn’t funny, was trying to catch a taxi home at 5pm back to Grand Central! 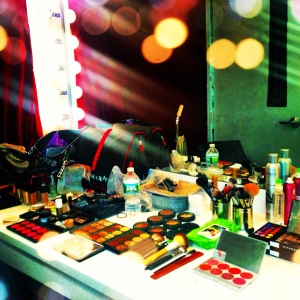 On another exciting note, I found out my work along with hair stylist Chelsea Harris’s work has been published in the new hardcover 2013 Inspire Book. Salons & brides be on the look out as we take over page 6 & 7 !

Here is one of the prints I got back from my shoot I did makeup for with Nastasia Scott.. You’ve seen her on the latest season’s America’s Next Top Model 😉

Okay, that’s enough catching up for a week. Be sure to tune into Syfy’s FACE OFF tomorrow night and root for my friend MEAGAN! She is fabulous and her work is amazing and so creative. This week is filled with brides. Bring on the bridezillas! This week I used RAIN Cosmetics lip sticks, glosses and eye shadows. Rain Cosmetics sponsored Miss New York USA & I fell in love with their highly pigmented shadows, and long lasting lip colors! Xoxo 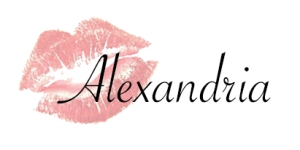